The National Museum of Military History (NMMH) is a state museum, which since its establishment is a structure of the Ministry of Defense (the Ministry of War and the Ministry of National Defense, respectively).
It acquires, conserves, researches, and communicates cultural valuables associated with national and European military history. NMMH operations cover the entire state territory.

Through its more than a century-long presence in the country’s cultural life, the museum collections have preserved and analyzed more than
1 000 000 cultural valuables – testimonies to Bulgarian and European military history.

The National Museum of Military History is a cultural and academic research institution, that:

Within the museum operate accredited by the Ministry of culture committees for appraisal of cultural values – weapons, decorations, and other types of artifacts, within the museum’s thematic scope.

The National Museum of Military History is specialized with regards to its thematic scope, and national with regards to the territorial extent of it operation and includes:

The museum exhibitions are organized based on topics, chronology, and collections. Of the one million valuables in our collections, 28 000 exhibits are on display. In the thematic chronological galleries, recounting the development of the Bulgarian Army, the emphasis is on the participation of the armed forces in the wars for national unification. The collection halls present weapons, decorations, and uniforms – the museum’s oldest and richest collections.

The library offers access to about 15 000 volumes of specialized literature. Soon it will also offer onsite electronic access to the digitized museum collections.

Established in 1916, today the National Museum of Military History preserves the national identity of Bulgarians as a part of European family. At the museum one gets in touch with Bulgaria’s richest state collections of weapons, uniforms, decorations, flags, sphragistics, photographs… and experience the fascinating history of heroism, ideals, and love in the greatest Bulgarian temple of immortality.

The ambition of the team is to make the NMMH a public centre for tradition, culture, and education; our children’s preferred sitе, a tourism landmark. 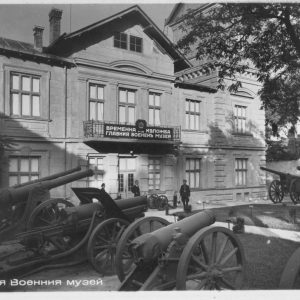 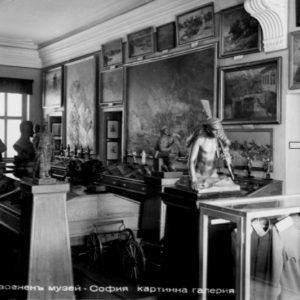 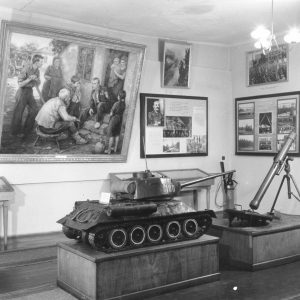 With Tsar Ferdinand I’s decree No. 39 of 01 August 1914, to the Bulgarian Army Headquarters was established a Military History Agency. Shortly afterwards, its makeup was fixed: it was to be comprised of a museum, archives, and a library.

By order No. 391 of 04 July 1916 of the Commander-in-Chief of the Operative Army “… in order to preserve for the eternity all items connected to the events which mark the most momentous pages in our military history…”, is given start to the formation of the museum collections.

The Military museum became the third national museum institution, following the 1906 split of the first Bulgarian National Museum in into two museums – the Archaeological and the Ethnographic.

In 1956, the Naval Museum in Varna became branch of the NMMH. In the same year, opened for work the first restoration workshop.

After a 1967 government agreement between Bulgaria and Hungary, the team of the Military Museum founded the only Museum of the First Bulgarian Army on foreign soil.

In 1968, by a decree of the Council of Ministers of the People’s Republic Bulgaria, the museum was raised to the status of a national institution and was renamed to National Museum of Military History. The Naval Museum and the Park-Museum of Military Friendship – 1444 “Vladislav Varnenchik” in Varna became its branches. 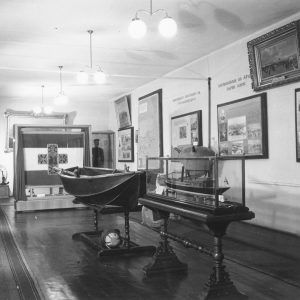 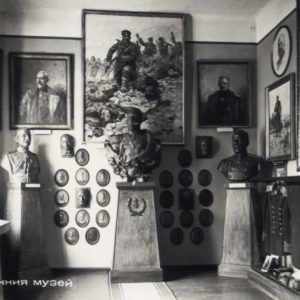 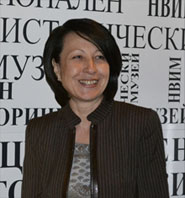 The National Museum of Military History is a member of: