The Bulgarian Army
in the Balkan Wars

After the proclamation of the Independence of Bulgaria in 1908, the national union of the Bulgarian people emerged not only as an objective necessity, but also an important factor towards political, economic, and cultural growth. On 29 February 1912, by the signing of a treaty between Bulgaria and Serbia, and later with Greece and Montenegro, were laid the foundations of the Balkan League. The strength and capability of the Bulgarian Army was the greatest within the League. It mobilized 600,000 souls, 370,000 of which took part in the hostilities. Serbia sent to the front 190,000, Greece – with 120,000, and Montenegro – 30,000.

The Bulgarian people was primed to fight for the liberation of its brothers in Macedonia and Eastern Thrace. Thousands of reservists and volunteers gathered at the mobilisation points. From the thousands volunteering refugees was formed the Macedonia–Odrin Volunteer Corps [a.k.a Macedonia-Adrianople VC, a.k.a Macedonia-Eastern Thrace VC], 14,670 souls strong, all of whom actively participated in the war.

On 5 October 1912, the allies began their offensive against the Turkish army. The Bulgarian Army which covered the Thracian Front – the primary theatre – had significant accomplishments. The High Command directed 2nd Army of General Nikola Ivanov towards Adrianople; 1st Army under the command of General Vasil Kutinchev – to the section between Adrianople and Lozengrad [then in Turkish Kik Klisse, now – Kirklareli]; 3rd Army under General Radko Dimitriev, which went undetected by the Turkish Command – to Lozengrad, against the right flank of the 250,000 strong Turkish East Army of Abdullah Pasha.

In the first strategic operation – the Battle of Lozengrad, in fierce fights at Selioulu, Geckinli, Eski Polos, Petra, and Erikler,1st and 3rd Bulgarian Army won absolute victories. Swift in deployment and vehement in execution, their tactical culmination was a powerful “Bayonet Attack”. On 11 October 1912, the fortress of Lozengrad was captured. Disorganized, the Turkish East Army retreated south in panic.

In the Luleburgas–Bunarhisar Operation, carried out 14–19 October 1912, for the first time in the procedure of European armies was created a greater-than-an-army operational formation – a front. The operation was carried out by 1st and 3rd Bulgarian Army, with combined strength of 160,360 men, 360 guns, and 160 machine-guns. In the grisly fights the Bulgarian soldiers, relentless, demonstrating high fighting spirit and mass acts of heroism, defeated the Turkish army, which began disorderly withdraw. Bulgarian losses ammounted at 20,147 killed, wounded, or missing.

Meanwhile, 2nd Army tightened its ring around Adrianople. Under the attacks of the Rhodopes-and-Kardzhali Detachment, within which was the Macedonia-Odrin Volunteer Corps, the enemy retreated south. Bulgarian troops reached the Aegean coast. Near Merhamla village, the Kardzhali Detachment of General Nikola Genev with the Composite Calvary Brigade, forced the Turkish corps of Yaver Pasha to surrender on 14 November 1912, taking captive 9,646 soldiers and officers. At the western war theatre, 7th Infantry Rila Division, within 2nd Allied Army, advanced steadily down Struma Valley to capture Solun (now – Thessaloniki).

On 16 October 1912, Bulgarian military aviation received its baptism of fire. Lieutenant Radul Milkov, pilot, and Lieutenant Prodan Tarakchiev, surveyor, took off aboard an “Albatross” biplane from the “Mustafa Pasha” airfield (now – Svilengrad), employing the aircraft for the first time as a war machine.

In the final days of January of 1913, with renewal of the hostilities after the first armistice, the newly formed Bulgarian 4th Army successfully repulsed the offensive of the Turkish Galipoli Army at Bulair. Near Sharkyoy the Turkish landing troops, were forced to withdraw and board back on their ships. The enemy’s attempt to switch to offensive at Catalca also failed. Turkish Command’s plans to turn the war collapsed.

Western military experts considered the Adrianople Fortress one of Europe’s strongest, estimating its capture would require a protracted over many months siege. The stronghold included a front line, main defence line (fort belt), and a second defence line. The commandant Mehmed Shukri Pasha had 59,600 men, 524 guns, over 130,000 shells, over 12 million cartridges, one anchored balloon, and 10 searchlights for monitoring the position. A narrow-gauge railroad reached all defence sections and facilitated the manoeuvring of the reserves. The Bulgarian army developed a plan to take the fortress by a night storm over 48 hours. In the preparation of the troops for the, alongside the commander of the Bulgarian 2nd Army Lieutenant General Nikola Ivanov, a distinction for himself earned the attack’s chief coordinator, the Chief of the East Sector Major General Georgi Vazov.

The Adrianople operation remains a top achievement of Bulgarian and global military art. It began on 11 March 1913 and was executed within 48 hours. During the first 24 hour period, 2nd Army captured the Turkish front position and within the second broke through the main fort belt. On 13 March, after an unstoppable bayonet attack and massed artillery fire, the strongest fortress in Eastern Thrace was captured. Its commandant Mehmed Sukri Pasha surrenders himself and the entire garrison, pronouncing: “…no fortress could stand to your army”. The cost of the victory were 16,304 killed, wounded, or missing Bulgarian soldiers.

In the subsequent Second Balkan War of 1913 (a.k.a. The Interallied War), politicians and diplomats gambled away what had been acquired through the blood of tens of thousands Bulgarian soldiers. The Bulgarian Army was forced to fight against its former allies – Serbia, Greece, and Montenegro, who tore all treaties and agreements. From the north, in Dobrudzha, demanding territorial compensations, advanced the Romanian troops, while Turkey asserted itself in South-East Bulgaria.
In the early July of 1913, in the defensive battle at the village Kalimantsi, the Bulgarian 4th Army stopped the offensive of the Serbian, Montenegrin, and Greek troops forcing them in defence. The opportunity for a successful counter-offensive and surrounding of the Greek Army which penetrated the Kresna Gorges, forced Serbia and Greece to agree to an armistice.

The peace treaty was signed on 28 July 1913, in Bucharest. Within just a month, on the battlefields perish 33,000 Bulgarians, while 60,000 were wounded. The country was robbed and ripped apart. 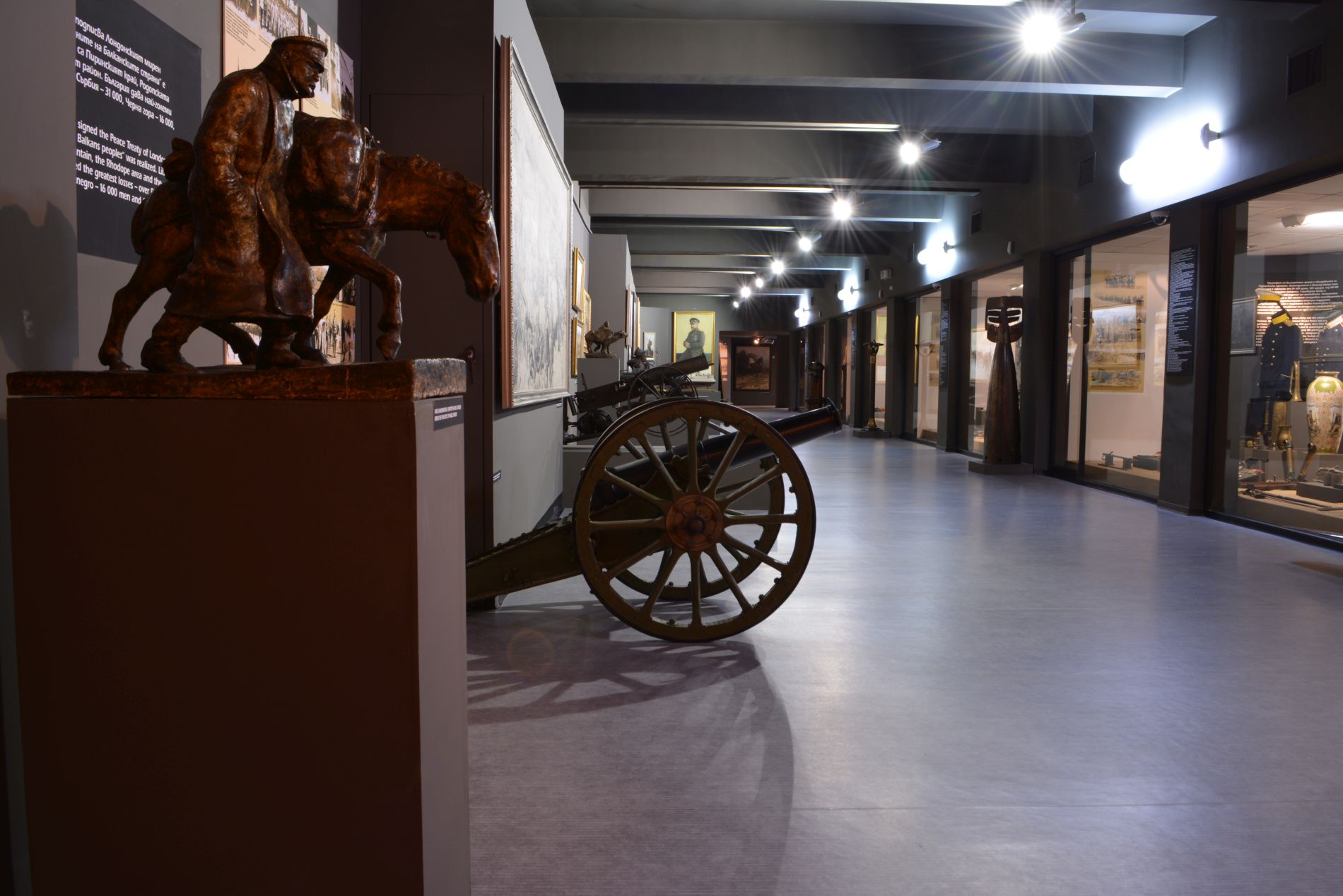 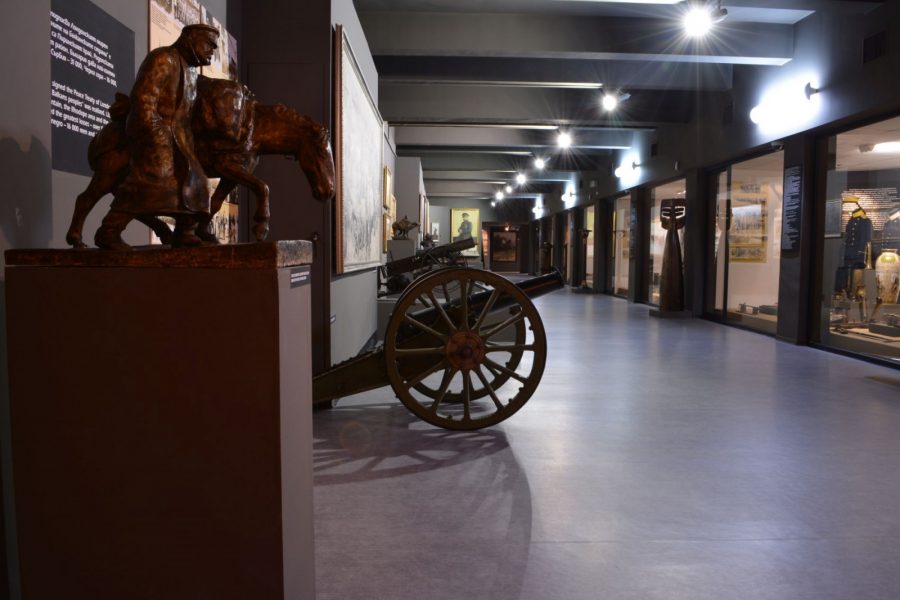