The Bulgarian Army
in World War One

World War I, which broke out in the summer of 1914, revived the hopes for national unification within the governing liberal coalition and the monarch. The country and the army, however, were not ready for a new war. Among the political and the military circles there were disagreements on which side to take. Because of its location and capable army, Bulgaria was an ally sought by both the Central Powers (Germany, Austria–Hungary, Turkey), and the Entente (Great Britain, France, Russia). The early success of the Central Powers, the failure of the Entente’s Dardanelles campaign, and the approval of a 500 million levs loan strengthen the pro German orientation of the government.

On 24 August 1915, Bulgaria signed a treaty with Germany, a military convention with Germany and Austria-Hungary, and an agreement with Turkey. On 10 September 1915, was declared total mobilization. The field forces of the Bulgarian Army stood at 616,680 soldiers and 960 guns, activated in three armies.

On 1 October 1915, Bulgaria declared war on Serbia. In terms of operational control, the Acting Army answered to Field Marshal August von Mackensen, Commander of the Coalition’s Balkans Forces. Its primary objective included participation in the crushing of the Serbian Army and securing the communication with Turkey.

During the war’s manoeuvre stage (1915–1916), the Bulgarian troops took part in two campaigns. The campaign in Serbia and Macedonia achieved the defeat of the Serbian Army and the expulsion of the Entente’s troops beyond the Greek border. The campaign in Dobrudzha and Romania ended with the defeat of the joint Russian and Romanian troops and the establishment of the North Front in the Danube Delta and along Seret River.

During the deadlock stage (1917–1918), the Bulgarian Army was engaged in defensive operations to hold the positions on the North and on the South Front.

Within the campaign in Serbia and Macedonia, the Bulgarian Army carried out three operations. The Morava Offensive (1– 27 October 1915) was part of Army Group Mackensen’s strategic campaign towards the defeat of the Serbian Army. The Morava Offensive was carried out by the Bulgarian 1st Army of Lieutenant General Kliment Boyadzhiev. In the course of operation, the Bulgarian troops captured the fortified Pirot and Nish sections and assumed control over the Morava River Valley.

The Ovche Pole Offensive (1 October– 12 November 1915), was prepared by the Bulgarian High Command. It was executed by 2nd Army with Lieutenant General Georgi Todorov. In seven days, the Bulgarian troops reached the towns of Kumanovo and Veles and penetrated Vardar River Valley. The army’s Operational Group North rejected a Serbian conterattack at the Vranya – Gnilyane – Kachanik front. Group South blocked the advancing along Vardar River from Thessaloniki British and French troops and pursued them to the Greek border.

The Kosovo Offensive (18 October–21 November 1915) was a continuation of the Morava Operation. Upon forcing Morava River, the units of 1st Army repulsed the enemy, took over the town of Prokuple and fell into pursuit, which culminated in the capture of Pristina and Kosovo Pole. Units of 2nd Army’s Group North, after rejecting a Serbian counterstrike at Ferizovo and Gnilyane, crossed the Shar Mountains and entered the town of Prizren. On 16 November, part of the Serbian troops surrendered, while their main forces, abandoning all heavy equipment and vehicles, through the Albanian Alps, got to the Adriatic coast.

Romania’s decision to join in the war on the side of the Entente (27 August 1916) opened a second front on the Balkans. The Dobrudzha Operation (1 September 1916–3 January 1917), was part of the Mackensen Army Group strategic operation for extracting Romania from the war. The operation was carried out by the Bulgarian 3rd Army of General Stefan Toshev.

On 6 September 1916, with a decisive assault at the end of three-date battles, led by Major General Panteley Kiselov, the units of 4th Infantry Preslav Division and 1st Infantry Sofia Division seized the Tutrakan Fortress – the foremost stronghold of Romanian defence in South Dobrudzha. On 7 September, near the town of Dobrich, the Varna Detachment of Major General Todor Kantardzhiev, reinforced by two regiments of 6th Infantry Division, one Turkish regiment, and 1st Horse Division of Major General Ivan Kolev, trounces one Russian and one Serbian division.

Taking losses along the Tutrakan-Dobrich Line and in the battles for Oltina – Karaomer – Mangalia, the Russo–Romanian Army withdrеw to the Rasovo – Kubadin – Tuzla Fortified Line. On 21 October, the Bulgarian 3rd Army afflicted a decisive breach in the centre of the Kubadin position. After the capture of Kjustendza (now – Costanta) and Cernavoda on the Danube, the pursuit was discontinued at North Dobrudzha’s neck. Some of the Bulgarian troops were assigned to the Danube Army which forced Danube River at Svishtov-Zimnicea, captured Bucharest and pursued the Romanian Army east to Seret River. On 15 December, the Bulgarian 3rd Army resumed its advance in North Dobrudzha , breached the fortified position between the village Cerna and the Danube, and on 3 January 1917 took over the town of Macin – the last stronghold of the Russian troops south of Danube.

During the standstill stage of the war (1917–1918), key became the South Front. From Shkumbin River west of Ohrid Lake to the Struma mouth, the 354 km long front was guarded by the German 11th Army, the bulk of which was made of Bulgarian infantry units and the Bulgarian 1st and 2nd Army. The Aegean coast between Struma and Maritsa River, was guarded by the Bulgarian 4th Army, formed in November of 1917. By September of 1918, the total strength of the Bulgarian Acting Army reached 697,157 souls and 1,459 cannons, with 857,063 mobilized in total.

For almost three years, the stretched along a vast front, lacking operational or strategic reserves, inadequately supplied Bulgarian forces held up against the pressure of the mounting Entente troops. The battles at Crvena Stena, Crna River Bend, Dobro Pole, Yarebichna Peak, and Doyran, were written in history for the eternity.
On 15 September 1918, began a powerful Entente offensive along the Ohrid Lake – Doyran line. The posted in the Doyran section 9th Infantry Division of Major General Vladimir Vazov, endured the 48-hour artillery barrage and fourteen gas attacks. In the four-day gruesome battles were beaten two British and one Greek divisions. Enemy losses included 11,673 dead and 547 captured, while 9th Division suffered 1,728 dead or missing in action and 988 wounded.

In the direction of the main strike the Entente Command had secured an almost fourfold superiority, and on 17 September 1918, achieved a breach through the Bulgarian positions at Dobro Pole. Discontent among the retreating Bulgarian units grew into a soldier uprising against the government and the monarchy. On 29 September 1918, by request of the Bulgarian government, was signed the Armistice of Salonica (Thessaloniki). Bulgarian troops west of the Skopje meridian were left hostages, yet not a single Bulgarian war flag fell into the hands of the foe.

Participation in World War One remains as the greatest war effort in Bulgarian history, which had resulted in an insufferable mobilization tension and depletion of the country’s economic resources. The intense and protracted military operations cost Bulgaria 101,224 killed, deceased, or missing, and 155,026 injured. 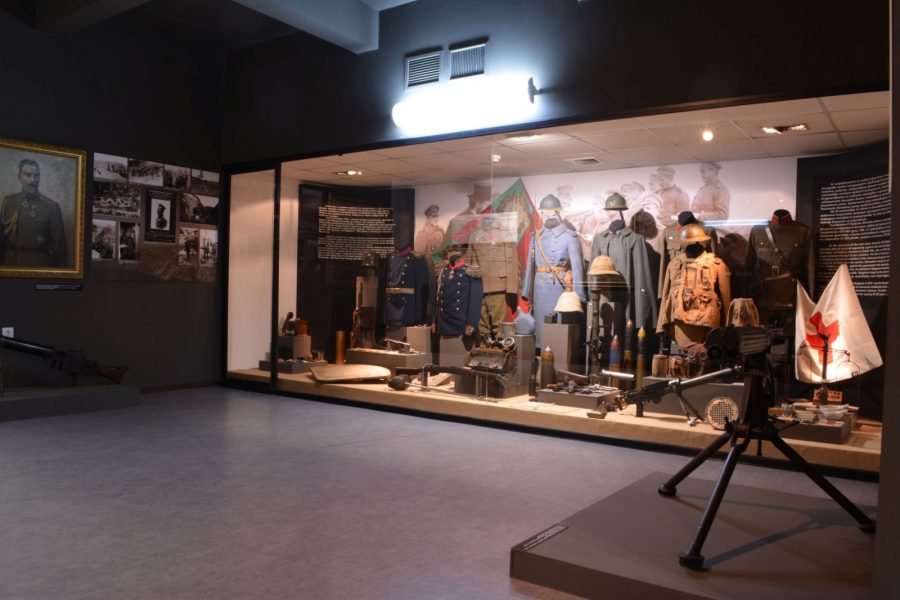 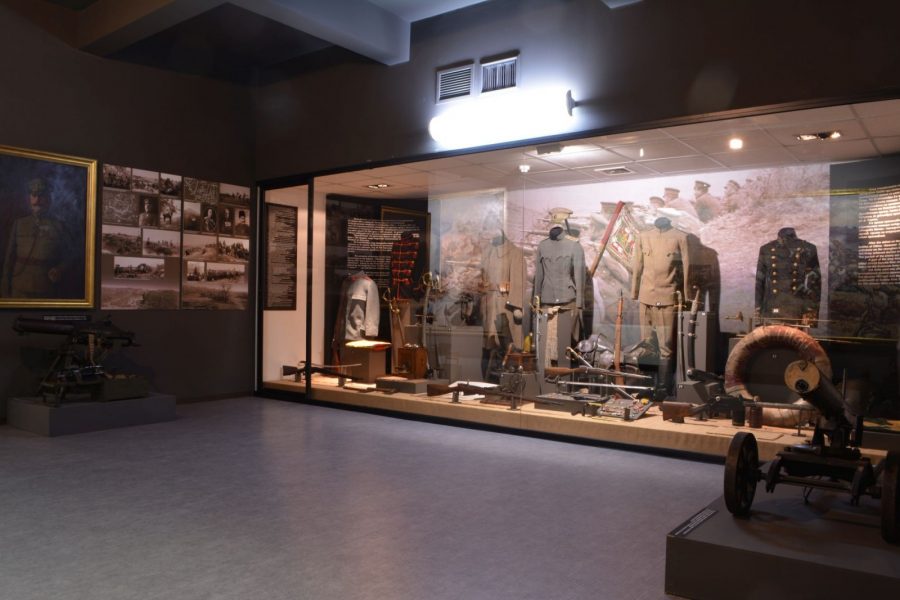 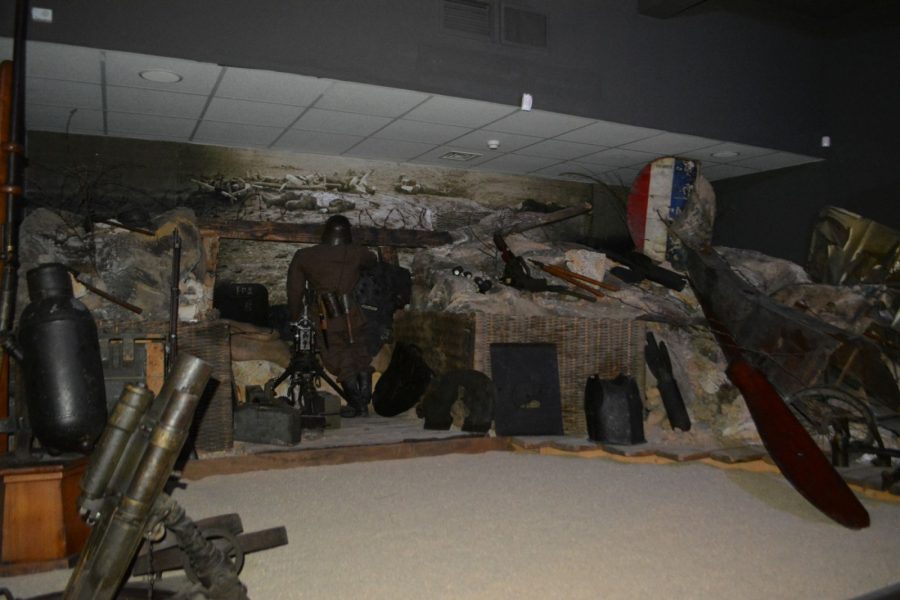