Antiquity and Middle ages in the Bulgarian lands

The Thracians are the oldest and largest ethnic group on the Balkans since the fourth millennium BC. Warlike and daring, the Thracians had perfected the art of war and were recognized as superb warriors. Invited and favoured allies to many of their ancient neighbours, they gave the world Orpheus and the great leader of the oppressed slaves – Spartacus. In the fifth century BC, the Thracians founded the kingdom of the Odrysai. Thracian material culture’s contacts with that of Classical Greece and the Roman Empire had provided striking masterpieces to our national treasury.

In the seventh century AD, the agile cavalry of the proto-Bulgarians, led by Khan Asparukh, entered into a robust war alliance with the infantry of the Slav peoples, permanently settled in the lands south of the Danube River. One of the first European Medieval states – Bulgaria, was founded. The victorious wars against the Byzantine Empire, the Arabs, the Avars, etc. invaders, expanded the country’s territory and raised it to a primary power in the European South-East. History remembers the Bulgarian rulers Krum, Simeon the Great, and Samuil, not only as wise statesmen, but also as extraordinary military leaders. The Battle of Varbitsa Pass of 811; Byzantian defeat of 917 at Achelous River; the unsurpassed by its strategic plan and execution war of 986, advanced European art of war.

The Tarnovo Uprising of 1185–1187, led by the bolyars [Bulgarian noblemen] Asen and Petar, restored Bulgarian statehood and marked the onset of a political and military growth. New fortifications were built; all typical to the period branches of the military were set up – light and heavy cavalry and infantry, siege engine crews, and a navy. Offence emerges as the primary strategic measure. Bulgarian state borders on three seas – the Black, the Aegean, and the Adriatic Sea.

In the Battle of Adrianople of 1205, Tsar Kaloyan triumphed over the never before defeated army of the Western European knights-crusaders. After the victory against the Despot of Epirus, Theodore Komnenos in 1230, the Bulgarian monarch Ivan Asen II proudly proclaimed himself “Tsar of Bulgarians and Byzantians”. The armed resistance of the Bulgarian and the rest of the Balkan peoples at the end of the fourteenth century had decisive role in thwarting Ottoman invasion in Europe. 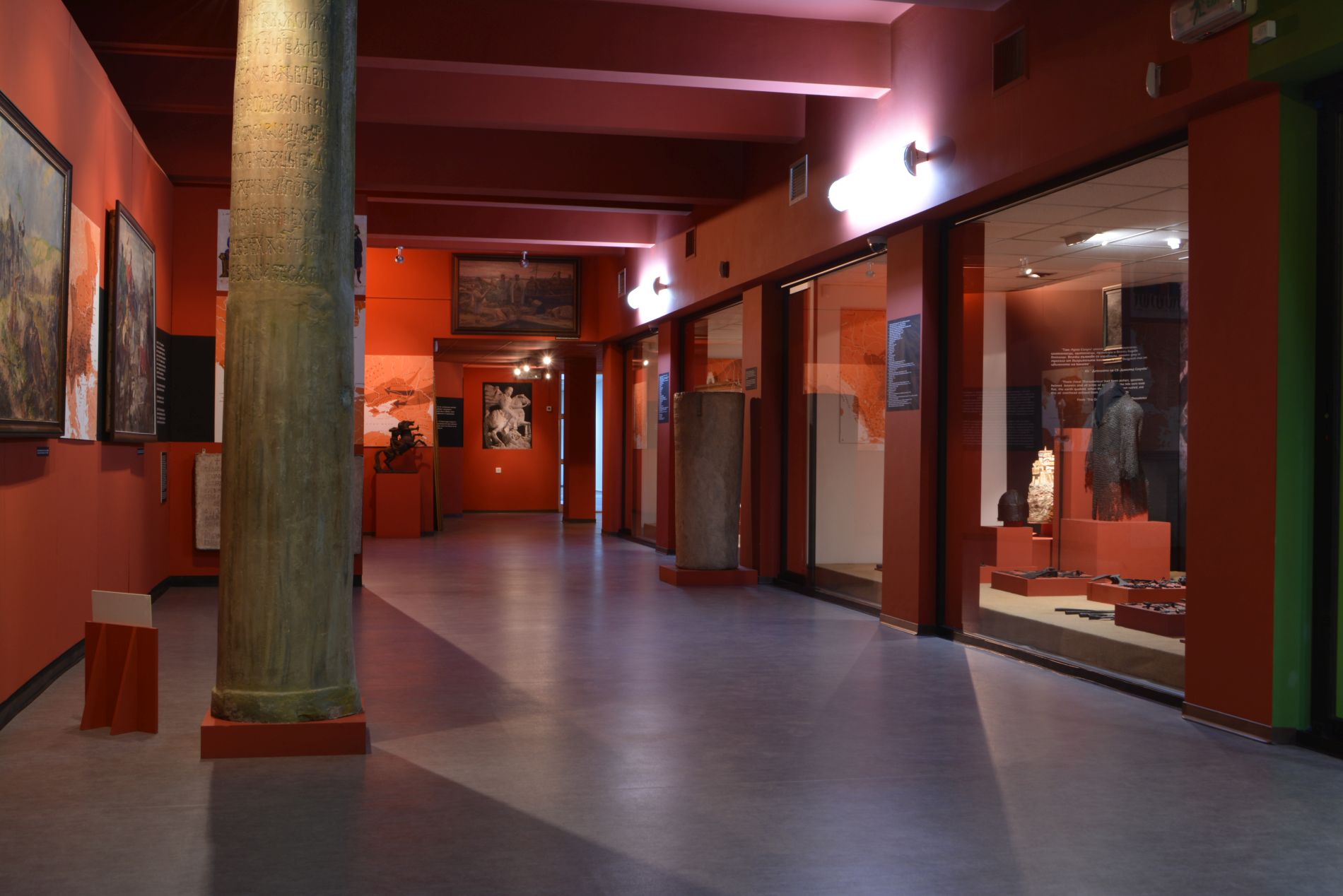