Exhibition “The Army in Times of Change” 2020

The exhibition “The Army in Times of Change” traces the development of the Bulgarian Army throughout the long and sinuous transition from communism to democracy, on the nature of which political, public, academic consensus is still lacking. Re-orientation along the East–West axis, transition from a conscription to a professional army, arguments on armament and on relations with the U.S. and Russia are just some of the issues addressed by the exhibition. Through the personal judgements and opinions of the participants in the processes; through the personal effects of those who over the past 30 years had bound their lives with the Army is shown the testing road and the hard choices of that difficult time. Authentic audio and footage from the period, as well as a timeline of the key events, present visitors with the social and political context in which the grand reformations of the Army were effected.

The exhibition includes personal effects of emblematic of this stage of the evolution of the Bulgarian Army figures – military and political leadership and ordinary soldiers, who had fulfilled their duty to homeland. Those include belongings of the first men at the head of the Army – Chiefs of the General Staff, Commanders of the three branches of the Armed Forces, Ministers of Defence, officers and NCOs. With the displayed effects of participants in the overseas missions, the exhibition pays tribute to all servicemen who lost their lives in the line of duty. The portrait of the Armed Forces is augmented by the featured weapon systems: AK-74 “Kalashnikov” assault rifle with “Kastyor” under-barrel grenade launcher, “Strela” mobile surface-to-air missile system, “Dragunov” sniper rifle, personal anti-tank RPG-7V, AKS-74U assault rifle, “ARCUS” 98DA pistol, etc.

Civilian life, a permanent companion of Bulgarian Army’s growth, is represented by fascinating exhibits – pre-denomination bank notes, ration tokens and ration coupons – symbols of the taxing years of the transition.

The National Museum of Military History expresses its gratitude to the Joint Forces Command, the Bulgarian National Television, and the Military TV Channel for the provided footage; to the “Intendantsko Obsluzhvane” LTD, for their support, and to all those, whose sense of historicism made this exhibition possible. 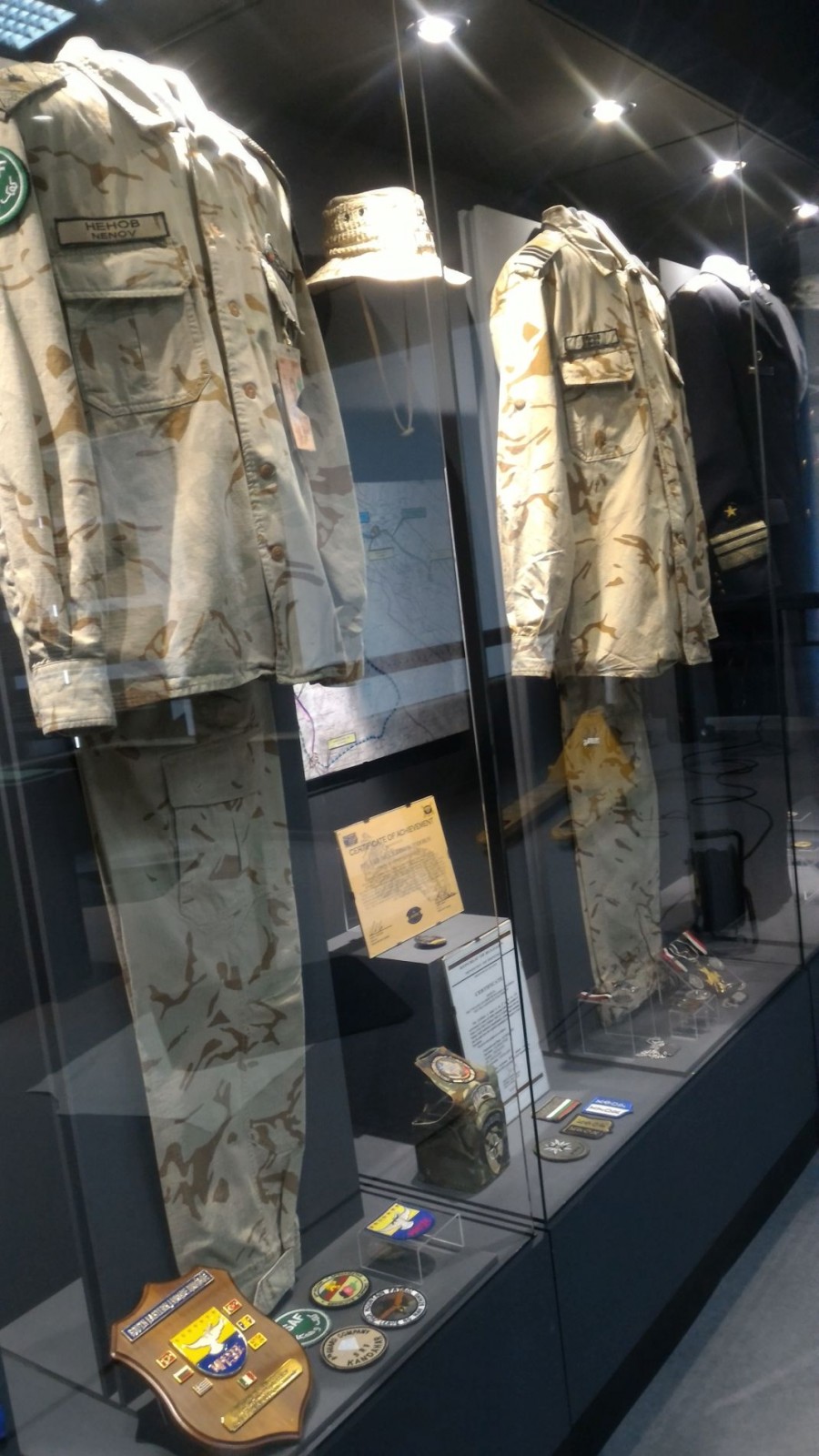 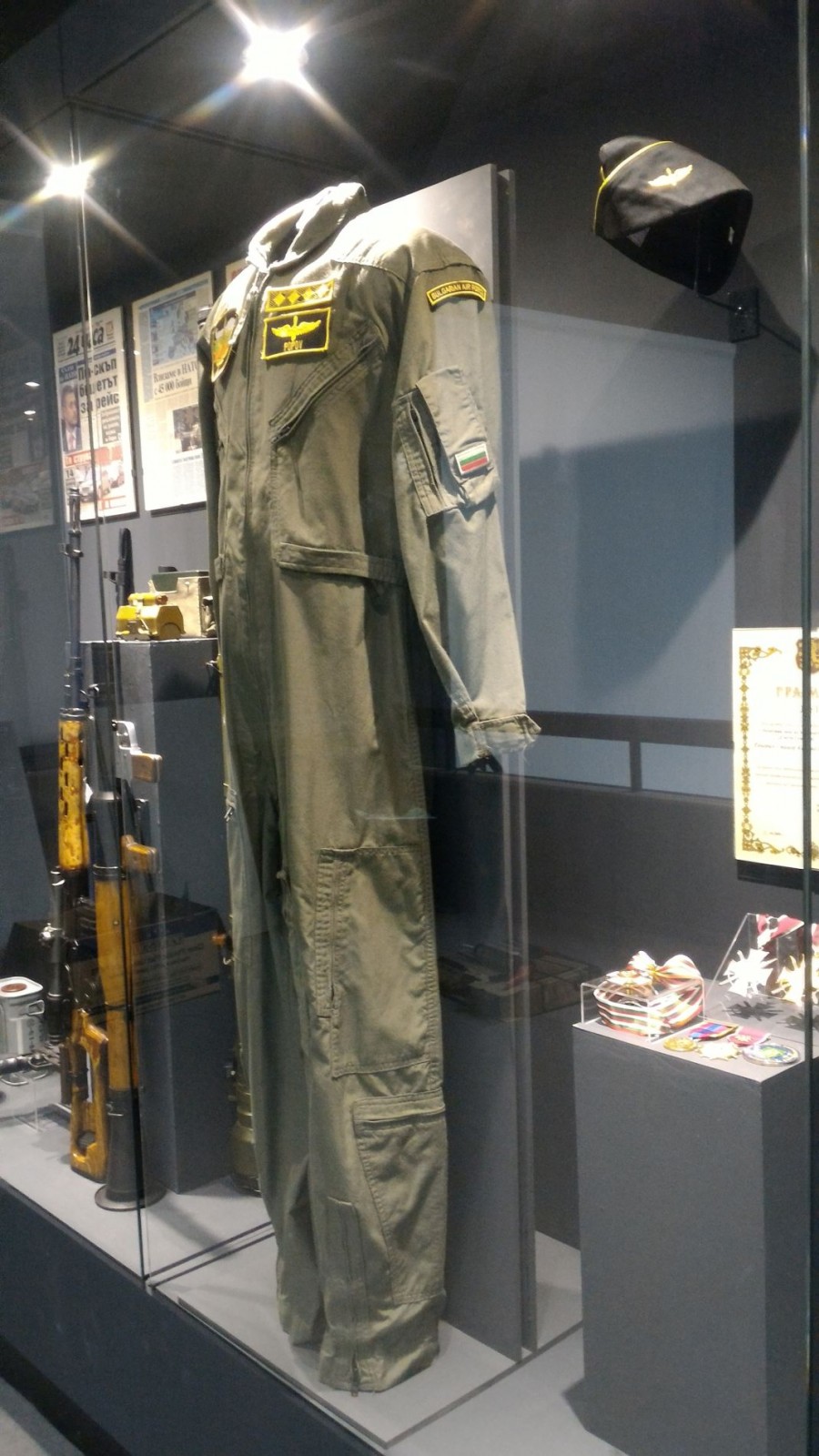 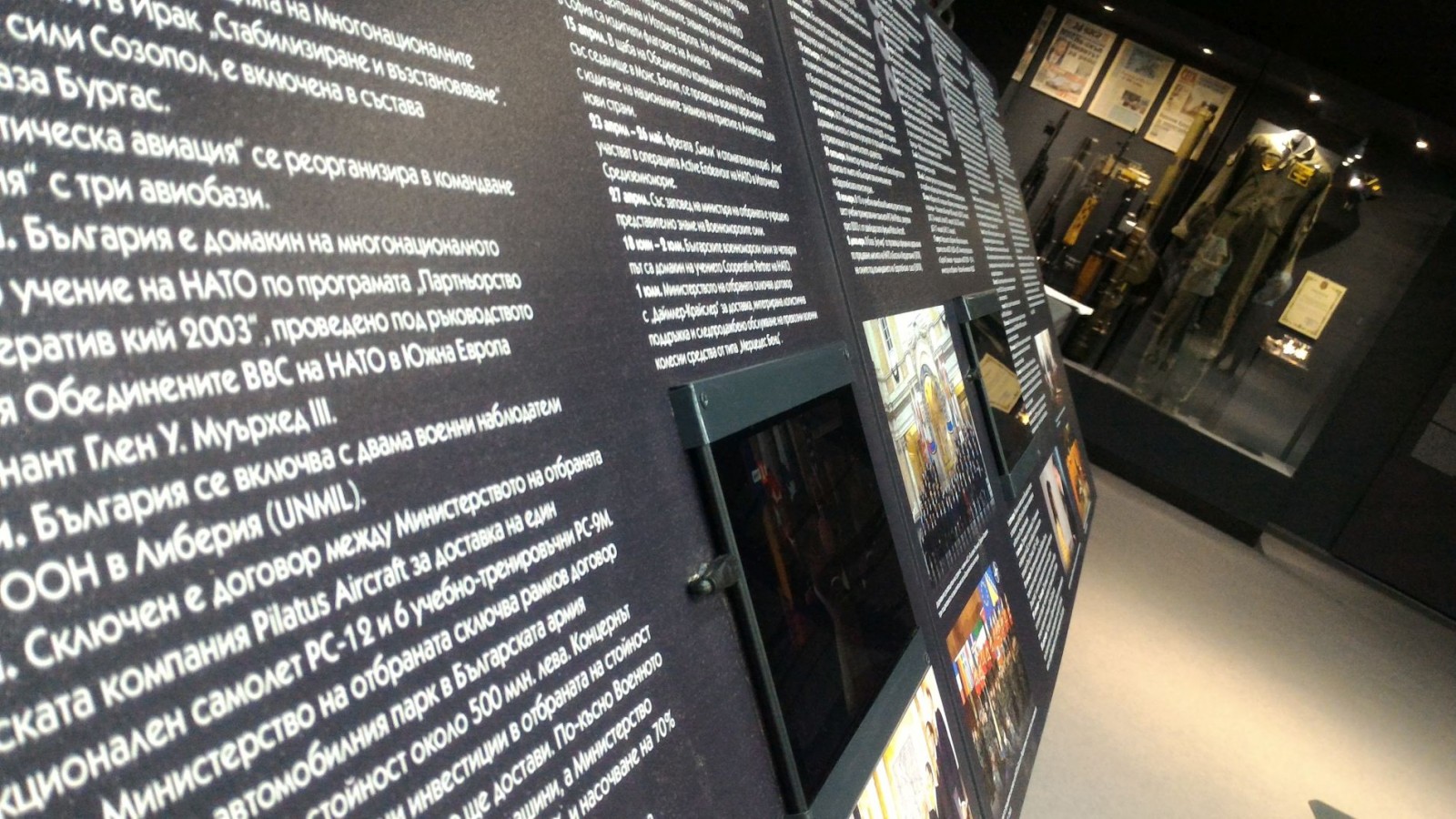 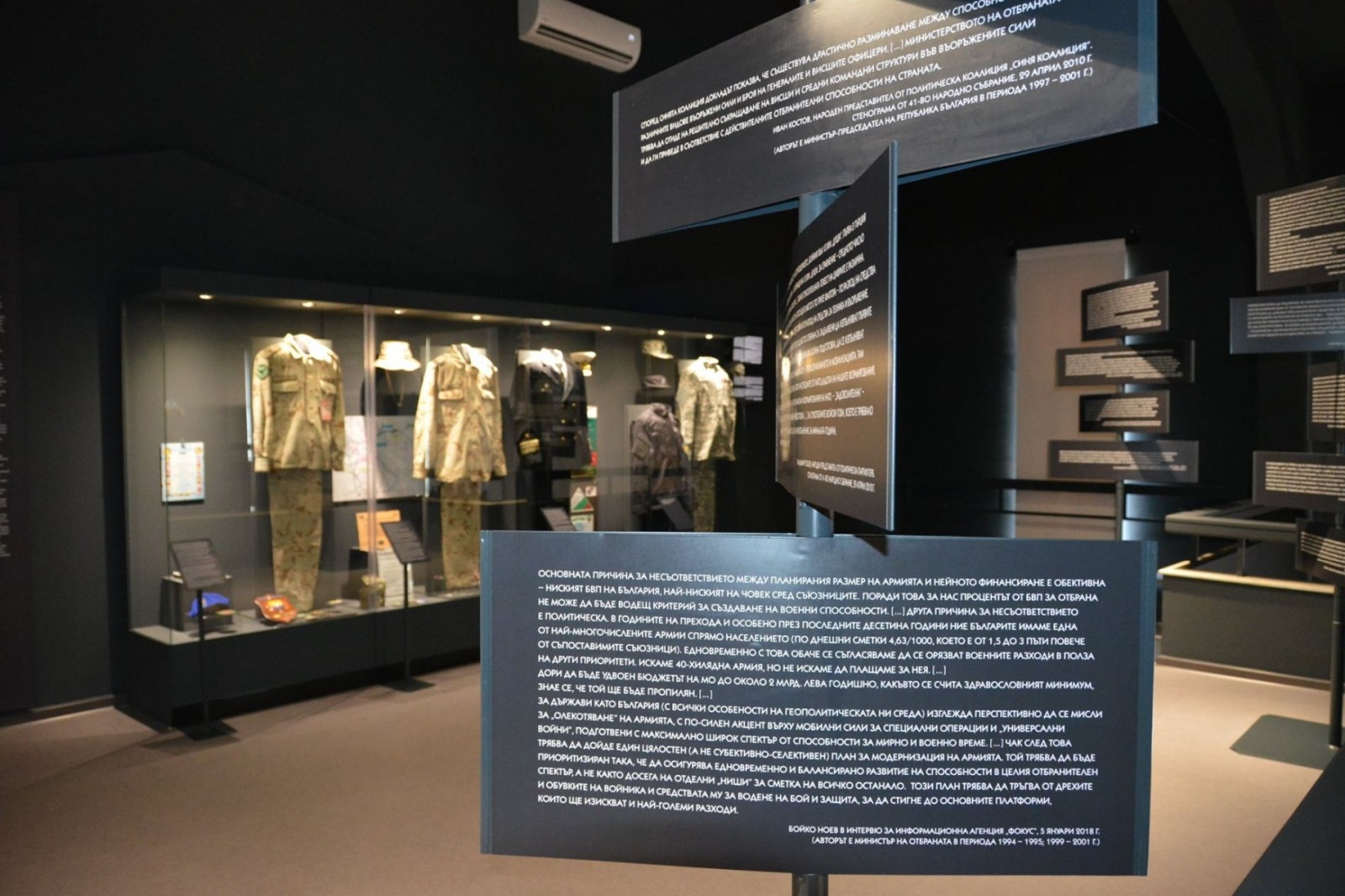 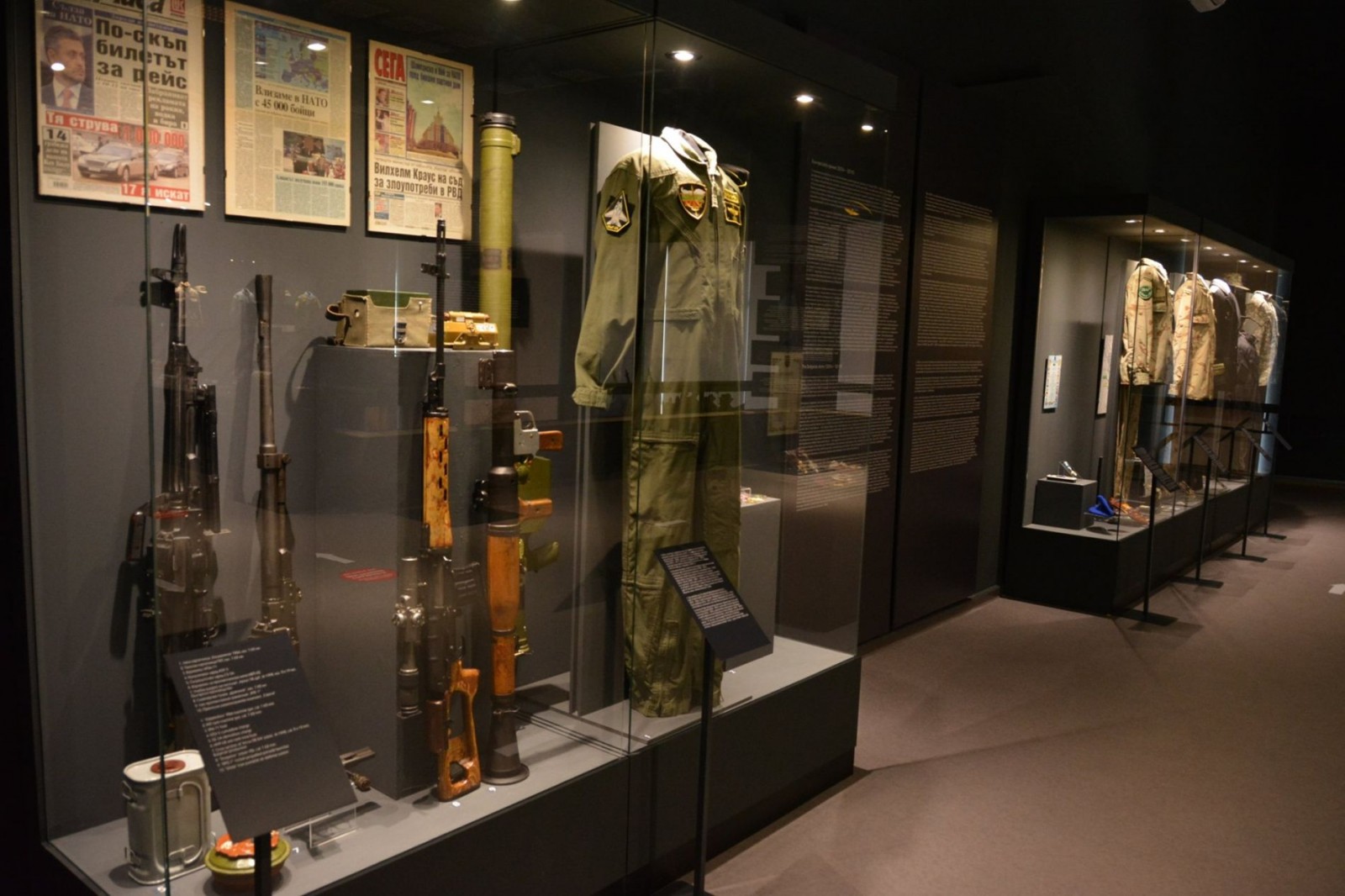